Giving a wedding toast isn’t as easy as you might think. It requires thought and planning, which means not just saying whatever comes to mind when you’re handed that microphone.

Over the years, I have heard some of the absolute worst wedding toasts ever given. You would think that nothing surprises me anymore, yet my jaw still hits the floor when I hear some of this garbage said to “honor” the couple.

I’ve watched couples reduced to tears listening to “loving” words from their best man and maid of honor. I’ve cut the microphone more than once, and cut off bar access to plenty of speakers too.

As much as I’ve seen and heard, I cannot believe I even need to write this blog.

Yet, here we are. 10 things you should never ever (I’m serious AF) say in a wedding toast. Think you’re already good to go? Think again and read this blog. You’re probably not as funny as you think, and too many people confuse a wedding reception for a stand-up spot on some late night television show. 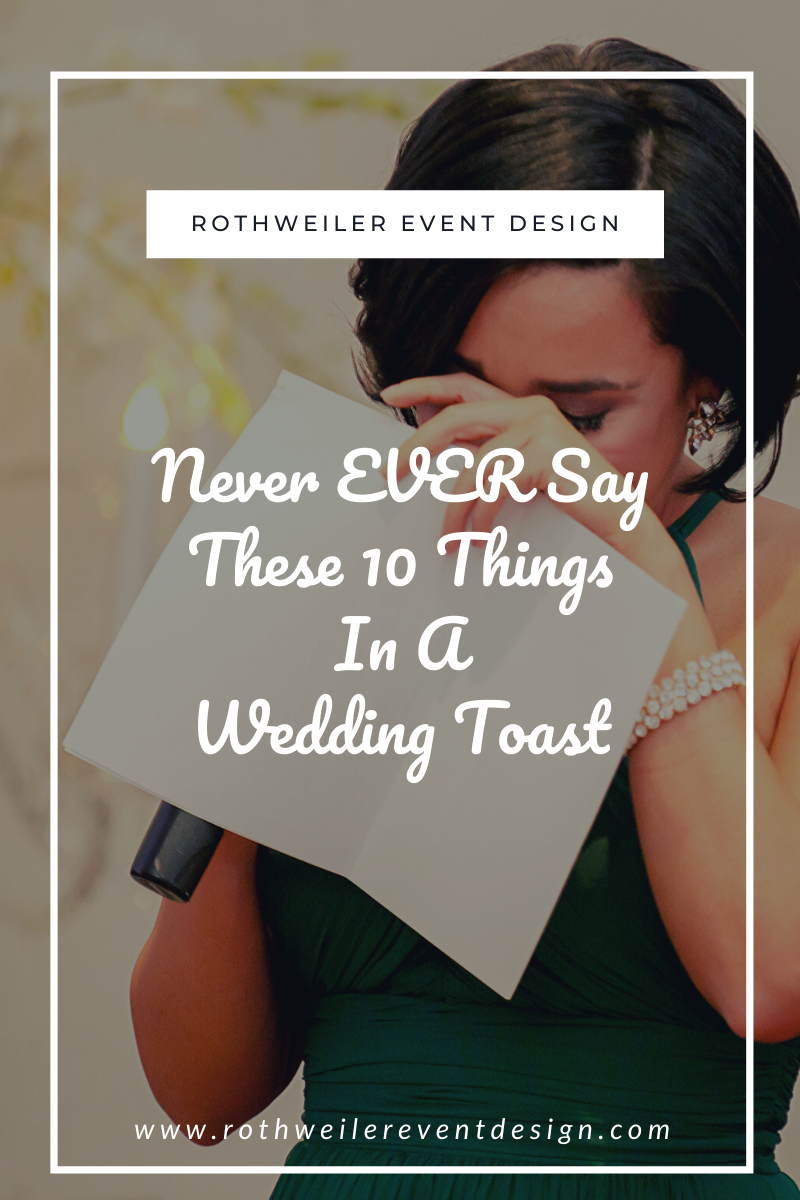 *Please note that most of the links of this page are affiliate links. This means if you click on a link and purchase, you will receive the same price, but I will receive a referral fee. This helps keep my blog free and allows me to share wedding planning tips with you. Thanks for your support!*

OK, I cannot believe I even need to say this. Full disclosure, I curse a lot. However, a wedding toast is not the time to drop F bombs. It’s also insanely inappropriate to use any curse words.

There is no better display of low class than using curse words in your wedding toast. They aren’t funny, first of all. So, if you’re using them in an attempt to be funny, then STFU.

You know that saying, “know your audience”? Look around at a wedding. Curse words aren’t going to be appreciated by parents there with small children, or anyone over the age of 35. And no, you don’t get to tell those people to lighten up.

Cursing during a toast is hella inappropriate and it doesn’t make you sound funny…it makes you sound stupid.

True story: I was at a wedding as the “Month of Coordinator” when the (drunk) DJ approached me about the toasts. There were already 6 toasts to be given (which is three too many FYI) and another person had slipped him a $20 to be added to that list.

Despite the fact that I told him to give back the money and not allow that person to speak, he made the moronic decision to ignore my advice. Cut to random guest giving a wedding toast to 300 people revealing that the bride was adopted.

Forget the fact that the money grubbing DJ was a complete idiot to allow this to happen, this guest used his paid for platform to passively announce that the bride’s father wasn’t her biological father.

Now, I have the mother of the bride screaming at me (because clearly this was my fault…) while Uncle Whomever continued on the microphone.

A wedding toast is no time to expose family secrets; and don’t try this “given with the best intentions” nonsense either. You should know better, and you actually do, so don’t ever do this.

3. The Too Long Wedding Toast

Every time someone calls a wedding toast a wedding speech, part of me dies inside. When people hear the word “speech” there is this subliminal message sent that the person can talk for as long as they want. The word “toast” implies something short and brief.

So, how long should a toast be at a wedding? My rule of thumb is reading whatever you can fit onto the front and back of an index card. This means you need to hand write out the toast instead of reading it from the notes in your cell phone.

Related: Things Not To Say During Your Wedding Toast

Here’s the thing: it’s not your moment to shine. You’re not auditioning for a comedian spot on some late night show. This day is not about you.

Think about all of the weddings you’ve attended and how boring the toasts were. Were they all way too long? Could you not figure out why the person speaking didn’t realize they were going on forever?

Don’t repeat this behavior. Keep it short and sweet.

4. Embarrassing Stories Are A No-No

You know who you are. Dying to tell 250 people, half of whom you’ve never met, about your Spring Break trip with the bride? Ready to make people laugh for hours with your story about just how drunk the groom got during the bachelor party?

These stories and ones just like it are completely inappropriate for a wedding toast. Not only will you make the couple feel uncomfortable, but you’ll put the guests in a weird position too.

Think about how the bride’s dad is going to feel before you talk about that wet t-shirt contest. Are the words that you say going to destroy the remaining hours of the wedding reception? Then don’t say them.

5. How Much You Don’t Like The Bride or Groom

Not a fan of the bride or groom? Yeah, this isn’t the time.

There is this weird epidemic going on where people say whatever TF they want, and then say that the person who got offended shouldn’t have gotten offended because it was “just a joke”.

Here’s the thing: If you upset someone, you don’t get to tell them how to feel. And if you upset the couple with your “jokes” about how you don’t like them, an apology isn’t going to make it better. They cannot get this day back, and you’ve just ruined a huge part, if not all of it, for them.

This isn’t a good idea even if you plan on ending your toast with something like “but now we love you”. Nope. It literally doesn’t matter how you feel now because a. the damage is done and b. no one will believe you.

You’re an ass if you talk about how you don’t like them during your wedding toast. It’s really that black and white.

Odds are you were asked to make a toast well in advance of the wedding date. You know why this happens? So that you’ll actually take the time to put some thought behind it and write more than one draft.

Yes, a wedding toast is that serious.

No, you aren’t going to memorize it. No, you shouldn’t just wing it. There’s literally no excuse for not taking the time to put your toast together before you’re handed the microphone. Don’t have time time? Then decline when asked to speak.

If you’re not sure whether or not you’ll be giving a toast, you need to ask the couple. Don’t just assume you are or you aren’t. It is perfectly acceptable to ask the bride or groom if they will want you to speak at their wedding.

Too many times I’m told by some “not as funny as he thinks he is best man” that he’ll know what to say once he’s up there. You know how many of them knew what to say and gave good toasts?

Write that toast before the wedding and don’t just wing it. You’ll look and sound dumb if you do.

When putting together your wedding toast, your number one objective is to be sentimental and thoughtful. Yet, I’ve heard plenty of toasts that were written for comedic purposes and nothing else.

Maybe you’re a funny person, and you know this. I don’t care if you’re a professional stand up comedian, because this is not the time for your showcase.

This means not making jokes at the expense of the couple or trying to be cute. Normally, I’m not one to worry about whom I’m offending, but this should be a concern if you’re giving a wedding toast.

Related: Expert Advice How To Style Your Summer Wedding Party

Your jokes about the couple could rub their family and friends the wrong way. When you write your toast, you need to keep that in mind with every last word. What you don’t get to do is say that you didn’t intend to upset anyone.

No one cares about your intentions. The only things that actually matter are the words that come out of your mouth.

You know what’s fun? When no one knows what you’re talking about in your wedding toast except the bride or groom. Hear that? That sound is crickets.

Look, there are plenty of opportunities to give speeches and toasts before the wedding day. Think bachelor and bachelorette parties, rehearsal dinners, bridal showers, etc.

On the actual wedding day, everyone sitting there has to listen to what you’re saying. If what you’re saying only resonates with the bride or groom, the silence you hear will make you painfully aware of that fact.

Think about the scene from Bridesmaids where the two best friends of the brides were trying to one-up each other with their toasts at the engagement party. Those toasts were inside jokes and inside looks and OMG no one effing cares so don’t do that.

There’s a general order to wedding toasts. Typically, a parent of the bride will speak first, and then toasts from the Maid of Honor and Best Man will follow. Personally, I think more than 3 toasts is a horrible idea, but I’ve seen as many as 10. 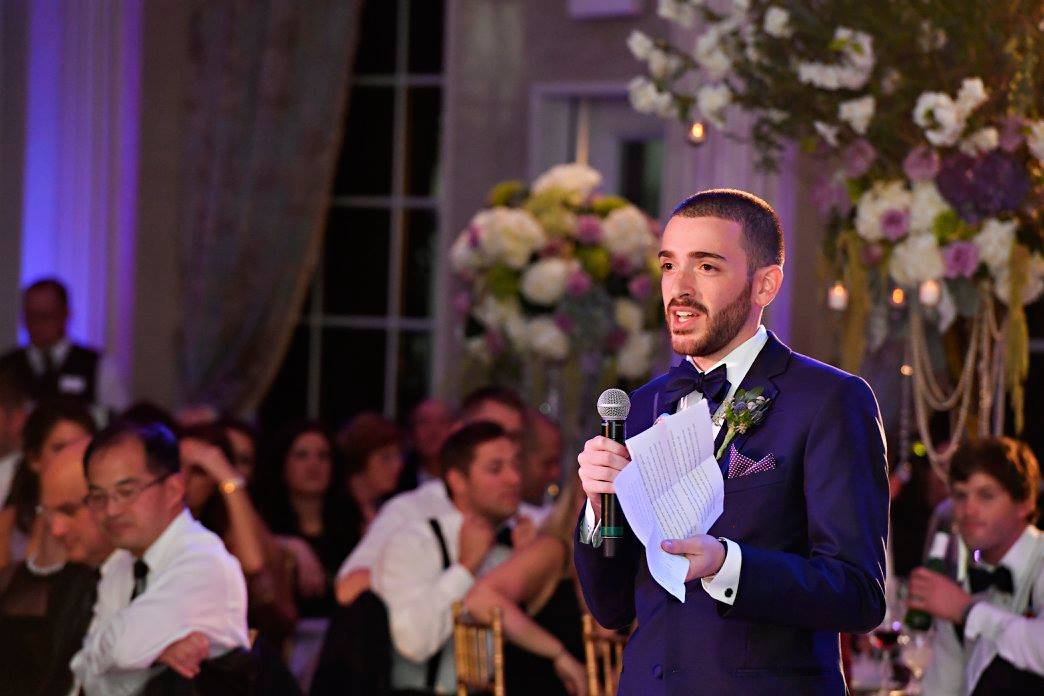 Wedding toasts are not an opportunity to compete for the best friend award. No one walks away with one of those split in half heart necklaces that says BFF on it. It’s not about who has the better memories, and there are no trophies being handed out.

This means if you’re secretly (but not so secretly) annoyed that your friend asked you to give a toast and asked another bridesmaid that you cannot stand to give one, you don’t get to use this time to show everyone what a waste of space she actually is.

We may not like all of the friends that our friends like, but sometimes, we have to act like adults and deal with it. Go ahead and share those memories that make your friendship special. What you can’t do is share how more special your friendship is than Becky the bridesmaid’s. OK?

Just get engaged? Newly pregnant? Guess when you don’t get to announce it?

During your wedding toast.

I have no idea how some of these awful people have managed to wedge their own crap into a wedding toast, but I’ve seen it happen many times. Announcements of engagements, pregnancies, new jobs, and more have made it into wedding toasts and it’s completely inappropriate.

Yes, the wedding day is about two people. Period. No one cares about you for 4-6 hours and you have to suck it up and handle it. Can’t deal with the spotlight not being on you for this small amount of time?

Then have a seat Karen and please, for the love of God, don’t speak.

How To Give A Wedding Toast 101

That’s my crash course on what not to say when giving a wedding toast. These are all real examples and things I have heard at way too many weddings.

You can avoid any of these blunders easily by writing your toast in advance and practicing it in front of someone you trust to be honest with you. Another tip….don’t get drunk before you pick up that microphone.

Oh, and please don’t actually “drop the mic”. Those things are expensive.

What’s your wedding toast question? Do you have a horror story to share? Post in the comments! 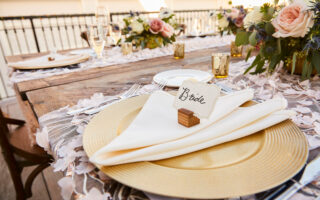 How to Ring in Engagement Season With These Top Trends 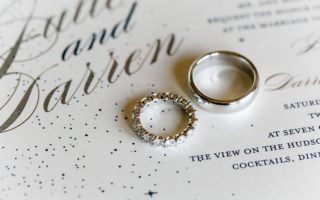 How To Make Your Wedding Invitations Easy 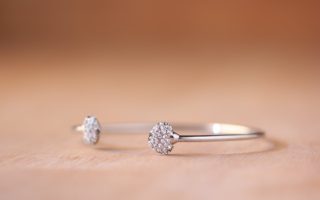 Valuable Ways Brides Can Save On Amazon Prime Days