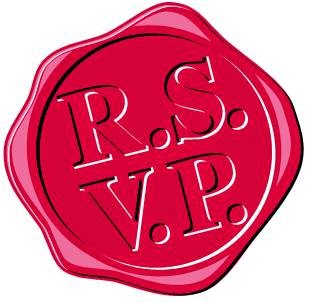 You’re invited to a wedding! You get the invitation with the RSVP card. It is addressed to you and your spouse. Well that’s careless of them! You have two children…they must be so busy and stressed with planning the wedding that they simply forgot to write in “and family” on the envelope. You’ll do them a favor and pencil in your children’s names on your RSVP. What an awesome person you are….and thoughtful!!!

For some reason, it has become acceptable practice to write in the names of everyone you are bringing with you to the wedding. This is not an informal BBQ in someone’s backyard, it’s a wedding. You don’t just get to bring anyone you damn well please. It’s not an election ballot where you write in a name, it’s your RSVP card where you either accept or decline. You don’t add people. You just don’t. No. Never. Ever.

Think that the host forgot to invite you with a plus one? Think they meant to invite you with kids but this was an oversight? If you really think that and it just doesn’t sit well with you (although you should just build a bridge and get over it), then ask the host. Don’t just write down “accepts” and add 5 more people to the guest list.

When planning a wedding, the number one thing that drives up the cost is the guest count. Perhaps your host can only invite a certain amount of people. You are now upping that number. And if it’s OK for you to do, why is not OK for everyone else? That table chart that they have to create, which is basically the seventh circle of hell, just got a little more complicated because you want to bring a caravan of people.

Seriously: don’t do it.

Your host will receive the RSVP with your written in names and will be put in a very awkward position. Do they call you and say “hey, you screwed this up,” or do they let it slide as to not create drama? Are you a family member and they can’t say anything to you because you’ll run and tell their parents, and then their parents will scold them? You have now put them in a spot where nothing they do is going to be unacceptable and that’s not fair because you are the one that created the problem in the first place. Frankly, if they call you and make you feel uncomfortable, you deserve it and bravo to them.

I hear this all of the time from my clients: so and so wrote in extra people, so what do I do? I tell them to call these people and politely apologize for any confusion the invitation might have caused. Clarify whom is invited and do not give a reason why. Why? Because it’s your party and you’re paying for it. If these people truly have a problem, then they don’t need to come to your celebration. Yes, it is as black and white as just that.

If you have received an invitation and it’s not what you want…meaning, you want to bring your +1 but weren’t given that option, or want to bring your children and weren’t given that option either, then simply decline the invitation. Do not call and explain why you aren’t coming or what would need to change in order for you to come. Contrary to popular belief, planning a wedding is hard and time consuming and if you add to that stress, then you’re “that person”.

Don’t be “that person”. RSVP appropriately.

Our Feature in The Knot: New Jersey, Fall Winter 2013